As we are approaching what is, for Blackthorn, our favourite time of year, the time when we reflect on what we have harvested and look forward to sinking into contemplation and darkness, we look back on another eventful summer for the coven

This was not the best summer to get out and about in the woods and hills… we’ve been beaten up by the wind, soaked by the rain and Beltane was so cold that we were wrapped in blankets.

We spent our customary Midsummer night vigil in the woods in the wind and drizzle watching and waiting for the sunrise that didn’t really appear only as a vague lightening of the heavy, grey sky.

We worked with whatever was thrown at us and allowed ourselves to listen to the messages from the elements and be guided by them, especially the winds. 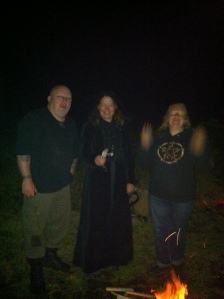 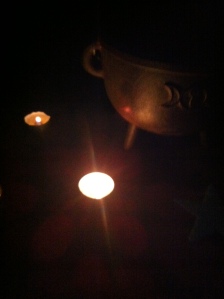 The ancestors and guiding spirits whispered to us on the winds from the west.

Once we even felt a warm wind from the south bringing us thoughts of the sun God, the heat and a vague promise of summer: the wind from the North didn’t visit us at all, perhaps saving itself for the winter. Though we’re sure we saw some gnomes around… 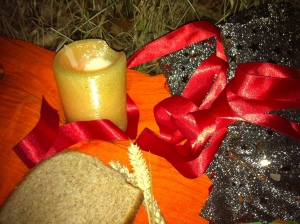 On rare calm cool clear nights the watchers have prowled around the circle with eyes on what we were up to while the trees wrapped themselves around us and we felt warm, safe and protected. 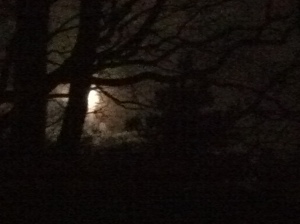 We learnt that it’s much easier to light a fire and keep it going in the rain than in the wind and that it doesn’t really rain all the time! So many times we have started in the rain and as soon as the circle was raised the clouds cleared the stars, and even sometimes the moon herself, became visible through the trees. 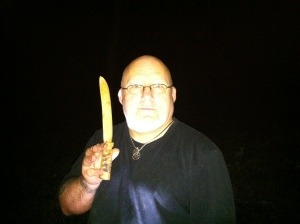 We’re looking forward to our autumn ritual this weekend and it looks as though for the first time this year the weather is actually in line with what we are up to, though we are not expecting it to be as cold as midsummer! Enjoy x